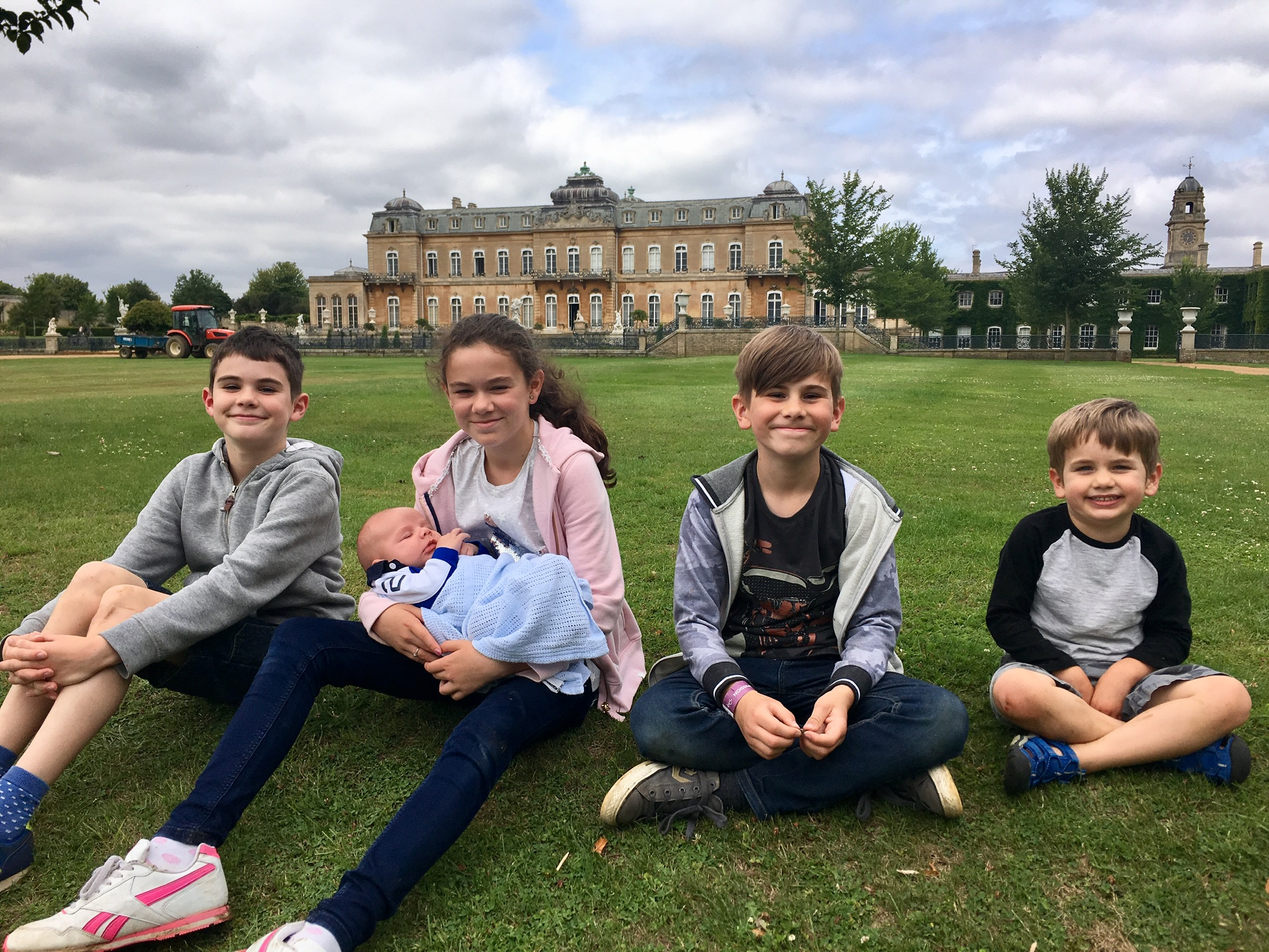 Today I took the kids to Wrest Park. We have recently become members of English Heritage so I am excited to go to new places. Wrest Park was a good choice.

At first we made our way to the bowling green where they have free activities throughout the summer. Today was archeology themed and they had hidden some objects in sand for the children to dig and find.

After the activity we had a picnic lunch. Ordinarily I wouldn’t tell you this but it sets the scene for what happened next…

I had brought a cake with me that I had purchased from the supermarket. My daughter was reading the ingredients on the packet, and one of the ingredients was “vanilla liquor” which led my children believe that they were drunk. On cake. So, after they had consumed the small piece of cake I gave them, they starting slurring and falling around as if they were drunk. Now, my children are very loud, and I’m not sure if they have ever actually seen anyone drunk (to my knowledge), but naturally chaos ensued. The noise woke the sleeping baby, and the 4 year old hurt his head in some sort of rough and tumble and started screaming, while the older children continued to act as if they were obnoxious drunks. Not the best part of the day. I would have taken them home if it hadn’t taken me an hour to get them out the house in the first place.

I thought the best way to continue (and see if I could salvage the day) was to head to the end of the green and stick to the woodland to the side of the park. We sat and watched the pond for a while which seemed to calm them down.

There were loads of statues around the gardens, and the boys thought it was hilarious that they were mostly nude. My daughter gave them all names, and whenever the opportunity arised they would pretend to be a statue. This is a game I can get on board with. Anything that means they are standing still and being quiet is good with me!!

Walking back to the car, near the entrance/exit there is a large play area which was a great opportunity to let off some more steam before the drive home.

I would love to bring the kids back to Wrest Park another day. I will NOT bring cake!