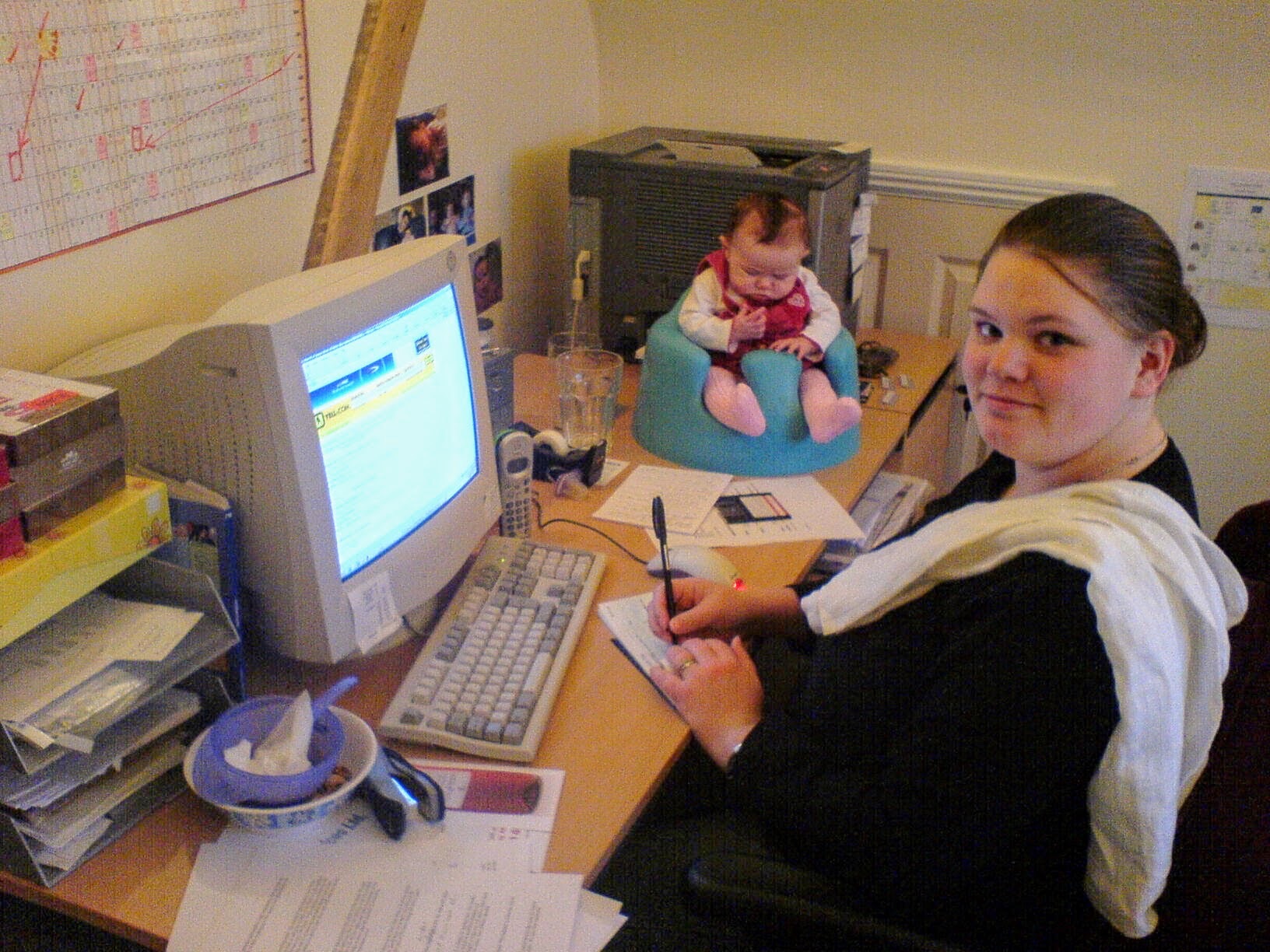 Earlier this month I finally shut down my company that I had been running for the last 10 years. It was a bitter-sweet moment for me, because I have loved the journey of being my own boss.

I started the company when my children were 3, 2, and 10 months old. It wasn’t easy, and I worked really hard to make it happen. I would answer phone calls all day, then put the kids to bed at 7pm and work into the evenings some nights. As the kids got older, and as I had more children, this became harder to do. I had less time, the children were staying up later in the evenings, and I just struggled to find time. It was always my plan to get my kids off to school and devote myself to my business, but I still haven’t got all my kids off to school – 14 years and counting! So during Sam’s pregnancy (and another 9 month break for maternity leave) things naturally slowed to a halt and I took the opportunity to say it was time to stop.

Life in the Construction Industry

When people would ask me what I did for work, they often questioned how a girl in her late 20s/early 30s got into something like that. I was providing labour for large construction projects, specialising in piling (drilling foundations) as a subcontractor. There weren’t many females in the industry at the time, and I enjoyed speaking to the men who I worked with, and I think they enjoyed talking to me. We formed good relationships which made business easier, and more joyful. My Dad was the one who introduced me to this line of work, and he always says I was the best at it. I learnt a good work ethic from my Dad, and I joke that slowly I became more like him. Especially when I would lean back in my office chair and whistle whatever tune was in my head. He does that too!

My Dad has worked in construction for as long as I remember. I remember once going to a building site with him at a weekend to help him stack bricks, and when I was growing up the houses we lived in were mostly “projects”. I used to love watching my dad lay bricks, or plaster a wall (something he says he’s not very good at but always impressed me). He qualified as a civil engineer and ran a his own companies in the piling industry before I eventually joined him and then went on to running a company of my own.

When my Dad was younger he worked with his Dad. My Grandad Greaves was a builder, and when I was very young I remember him building his own houses which he would live in for a while, and then move on to the next. He was also a painter/decorator, and I loved to watch him hang wallpaper. I have never hung wallpaper but I like to secretly think to myself I could because I’ve watched him so many times.

My Grandad Greaves worked with his dad, my Great Grandad William Charles Stanley Greaves (b. 1895) who was a painter/decorator too.

William Charles Stanley Greaves worked with his dad, my Great Great Grandad Harry Greaves (b. 1872) who was a builder. My Grandad tells me that he was a portly gentleman, who always wore a bowler hat. Back in the 1890s he did a lot of building in the Hackney area. He lived in pretty Victorian houses that would be worth nearly £2m today. The Greaves’ have always had an interest in properties, and it is fascinating to me that it has been passed down from father to son for generations, and then finally to daughter (me).

Do you have any relatives that have influenced your career? What would you describe as the ‘family business’? I’d love to hear your thoughts.