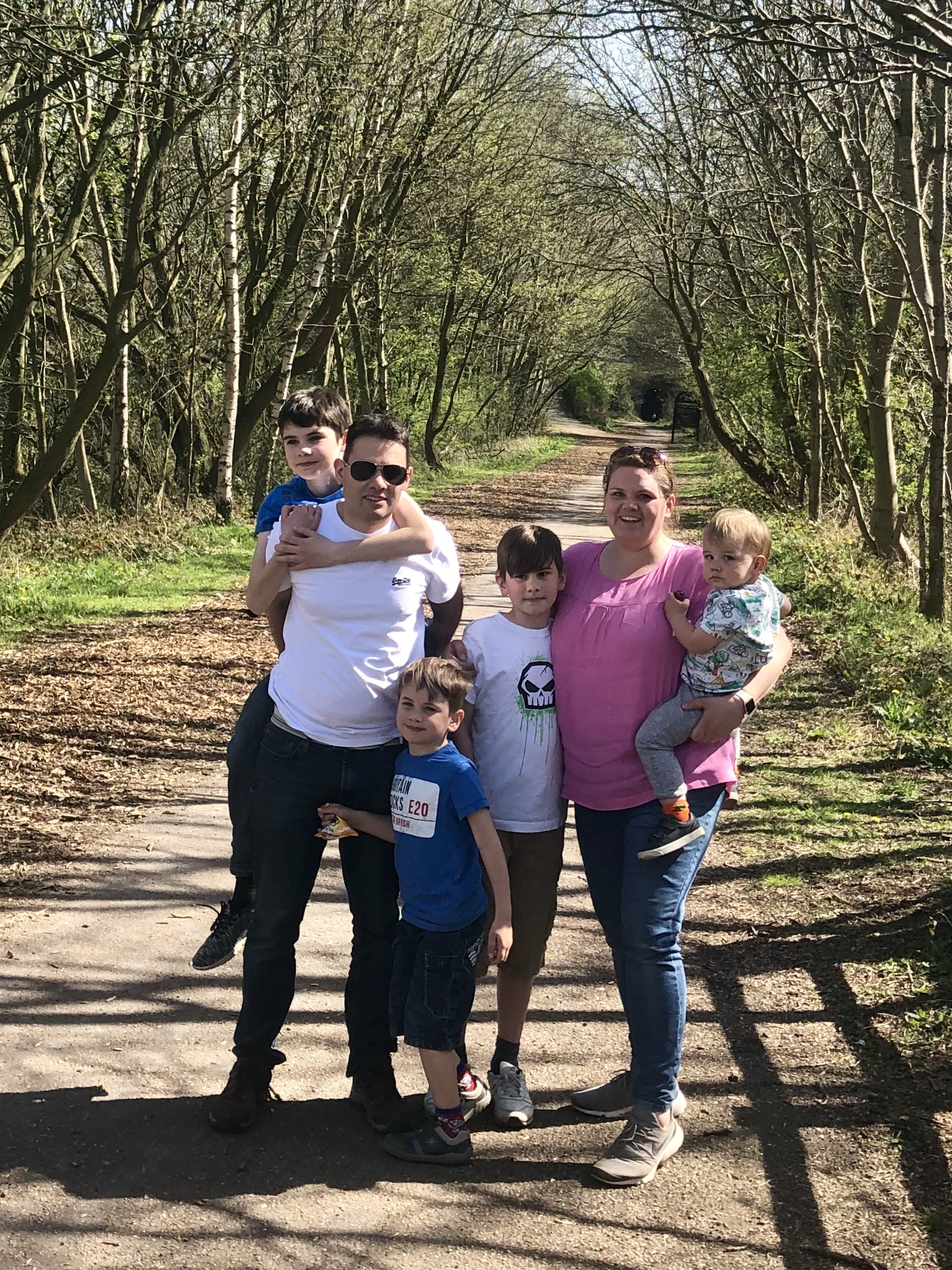 At the end of June we moved from Northamptonshire to South Yorkshire. The whole house-selling process was very much a rollercoaster of emotions, but that is now long forgotten. We have just unpacked the last of our boxes and can officially say that we live in Yorkshire now.

This is probably a long-winded post. There is so much to say, but I’ll intersperse with lots of pictures of the new house. Just incase you’re here to have a nosey. Welcome:)

If you had told me a year ago that we would be moving even further north, I wouldn’t have believed you. I am a Kent girl at heart. Now that most of my family have now moved away from Kent, I don’t see a reason to go back.

Everyone is asking if we moved here because of work, but in fact it feels like the opposite. Ben’s job has shifted in a way that allows him to work from home instead of commuting to London everyday. He still has the same London-based job, but we didn’t want to pass up the opportunity to live somewhere more picturesque. Especially as now we both get to enjoy being home together during the day.

The drama of selling

We started looking for new houses in October, and there were quite a few within our price range. We narrowed it down to 3 and made appointments to see them. 2 of them were not right for us but I fell in love with our new house straight away. Ben told me after the viewing that they had a Ring doorbell fitted. I think I remember saying how much I loved the house while I was standing at the front door! Maybe they watched us talking on the doorstep. I hope not!

The house was just perfect. It fit all our criteria so we stopped looking online for other houses. When we first sold our house in January, we were elated and put in an offer. They came back and accepted the offer the same day. We kept it quiet for a few days and then when things started progressing I announced to all our friends and family on Facebook that we were going to be moving. I was worried it was going to be really fast because he was a cash buyer. Then literally the next day it all fell apart as the buyer decided to buy the house next door instead. We were devastated. We had lost our dream, and we still had to live next door to the people who (in our eyes) had taken our dream away.

So our house went back on the market, and sat there for another 8 weeks. During that time we had a call from the estate agent to say we lost the house that we wanted to buy. We started looking again and widened our search to different areas. It was really hard because nothing else could compare to the amazing house that we originally saw. We knew it was in the perfect village, close to good schools, and most importantly – family.

Then one weekend we had a full weekend of house viewings – and a much better offer which we accepted. Sadly our neighbours lost their buyer and their house went back on the market the very same weekend. I’m not going to gloat about it because I know how hard it had been for us months earlier.

The Drama of Buying

We called the estate agent of that dream house we saw back in October and put the offer back in. The vendors hadn’t sold after all, but they did still have other people interested and it took them nearly a week to get back to us this time. It was not an easy week to wait around for them to decide, but they accepted our original offer and then we were ready to go ahead!

We were stuck with the worst solicitor at the bottom of the chain so our move progressed really slowly. I can’t tell you how many “move dates” we had. The packing was stop-start for months. I won’t go into detail because that was the boring, stressful part.

On moving day we packed everything we possessed into a lorry, and drove up the M1 towards Sheffield. We left Northampton being completely homeless. The sale had gone through, but not the purchase but somewhere along the M1 we got a call from our solicitor saying it had all completed. In the end it went so smoothly.

It’s really daunting when all of your belongings are then in your new house in boxes. Sometimes you can’t see how you are ever going to get everything unpacked and feel like your new house is your home. Priorities were bathrooms, beds, and food. My Mum brought food around the first day which was amazing to come “home” to a home-cooked meal after such a long day and long journey! When we finally settled the kids into their beds (mattresses on the floor) I cleared a space in the dining room and dragged some furniture into place. This is the first room that started to take shape and I could imagine the end result.

Now we have spent the summer in the house. The kids didn’t start school until September so we had an amazing 10 weeks together getting to know our local area. We have had loads of family visit, and because we have family close by we very much feel at home.

There is so much more to share about our new home and new county, but it will have to wait for another day!

3 thoughts on “Our Move to South Yorkshire”