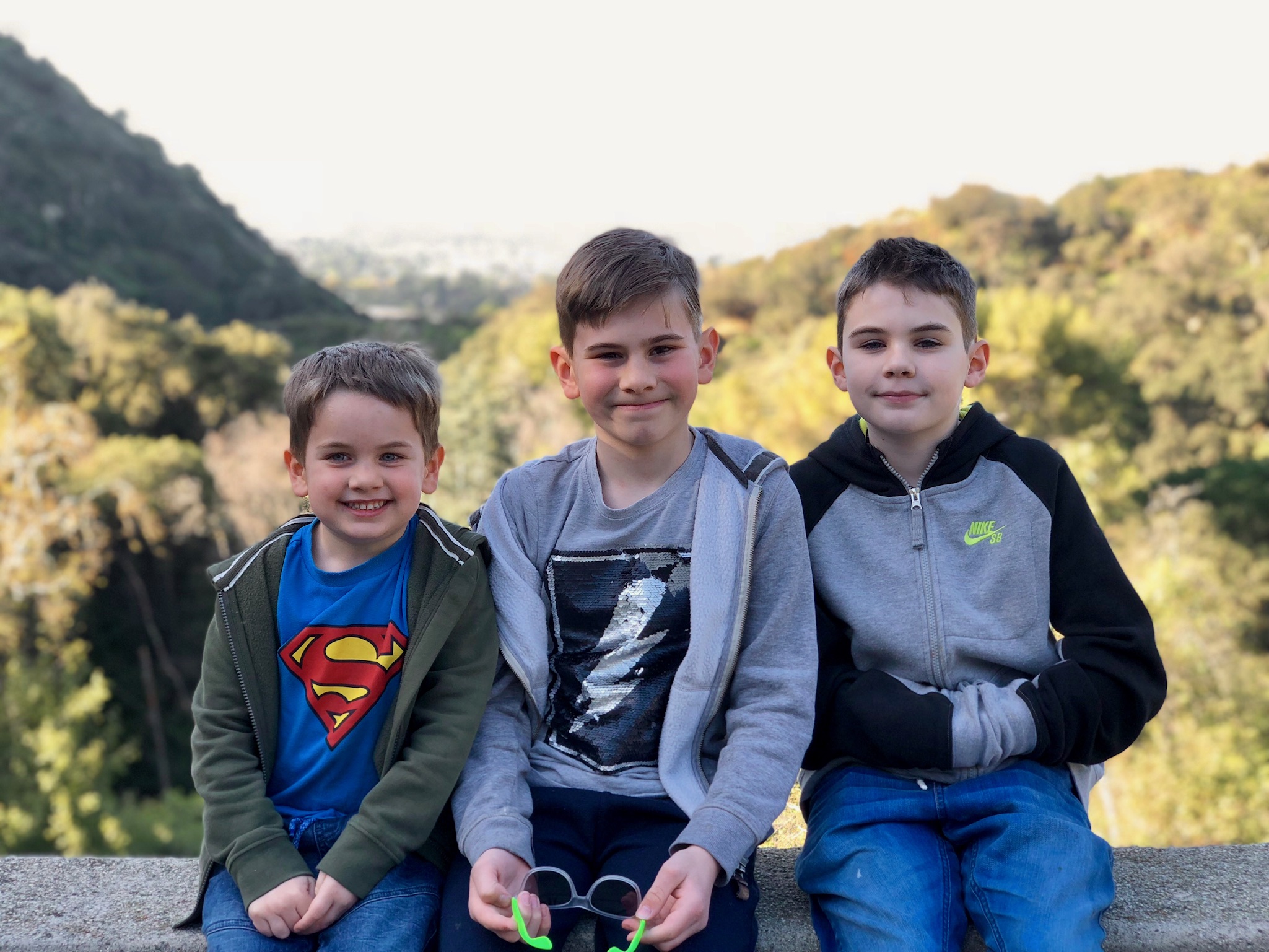 Monrovia Falls is a cascading 30 foot waterfall located at Monrovia Canyon Park in the San Gabriel Mountains in California. When we arrived in California, we took our children there for an early morning hike.

We flew from London to Los Angeles, the total travel time from home to hotel was 24 hours. When we arrived at the hotel it was late and the only thing the kids wanted to do was sleep, but that wasn’t enough to see them through the night. We were all awake again at 4am, which meant an early breakfast for us and then we were out looking for adventure before the rest of California was awake.

A 10 hour flight is difficult with kids, so we were looking for something active to do to make up for our sedentary day confined to our aeroplane seats.

We drove through the Canyon Park and parked at the higher carpark that was 3/4 mile away from the falls. The paths were not pushchair friendly so I was going to have to carry Samuel in the sling. He enjoys the sling so much, but he is a bit hefty for a 10 month old, I wasn’t sure if I could manage more than an hour with him strapped to my front.

It was a popular spot for hikers at that time in the morning (around 8am).

As we started on our hike there were several warnings about bears in the area, and one sign that said that to avoid bears hikers need to make noise. So the walk turned into a bear hunt. With the amount of noise my kids make, I’m pretty sure they will never see a bear! The only wildlife they saw today was a couple of squirrels.

Most of the talk as we walked was about bears, and how the children might see one, and then pretending they did. We talked about bear being our celebrity name (Ben + Clare) But I suppose technically it would be Bare.

The path was fairly narrow so at some points we could only walk in single file, especially because the path would run alongside a steep drop. In the past this would have freaked me out, but Sam was safe in the carrier, and the older children are now experienced hikers. There were lots of boulders that were safe for the children to climb over near the base of the falls.

When we arrived at the falls, the waterfall itself was a little unimpressive. At 30 feet it’s not the biggest waterfall we have seen. I do love the sound of waterfalls, and the beauty, and the kids liked that they could get close enough to touch it.

We enjoyed our morning hike, and we were excited to see what else California had to offer. This was the beginning of a 3 week road trip, and we intended to cover a whole range of activities. Next stop Hollywood.