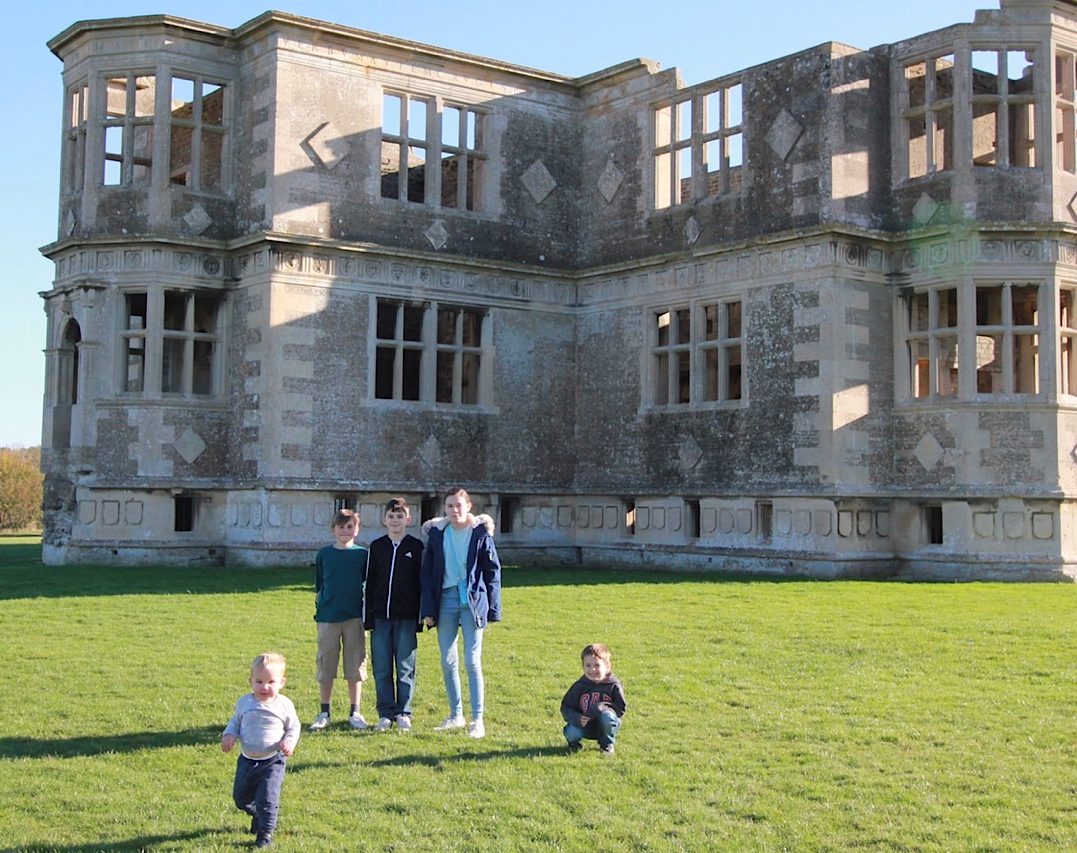 October half term is here! I love this half term and I love being outdoors in the autumn. Unfortunately it didn’t get off to a very good start. I had a headache last night and took some ibuprofen not realising that they contained caffeine. Recently I have been living my life completely caffeine-free (yes, even chocolate) so after the pills my body was buzzing. I woke Ben up at 3:30am telling him I hadn’t slept a wink, and he replied “it must have been the caffeine”. After no more than 3 hours sleep the plan was to have a pyjama day which is totally acceptable during school holidays. I spent the morning building my new blog (ta-da!) and the kids were entertaining themselves…until they weren’t. When they keep getting into mischief at home it is my cue to get them out of the house.

When I texted Ben saying we were at Lyveden New Bield, his response was “isn’t it just a ruin?”, and a few times on the way there I had thought that I was doing the wrong thing by taking them there. 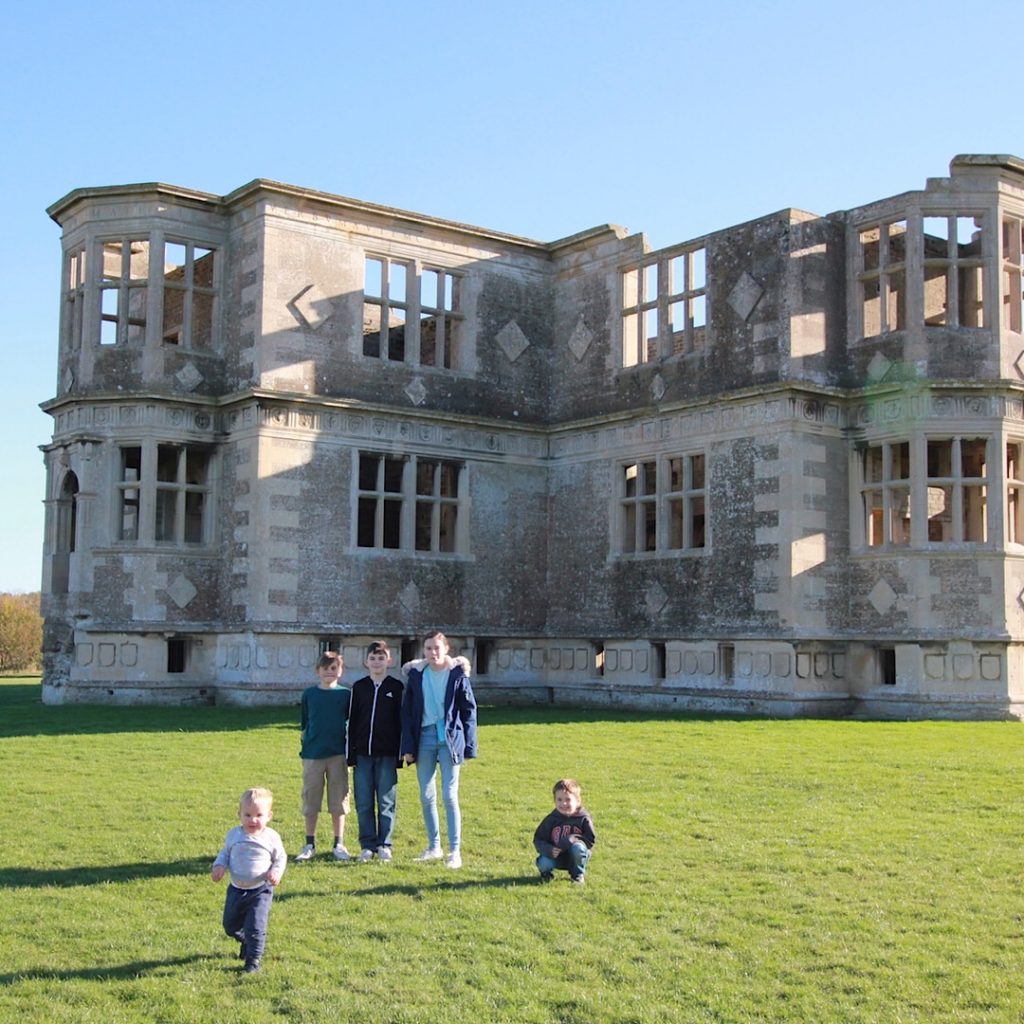 Lyveden New Bield is and Elizabethan lodge in Northamptonshire dating back to 1605 but was never completed. It is surrounded by moats, grassy areas, and woodland.

You access Lyveden New Bield by driving up a long track adjacent to farmland, until you reach a car park which is free for visitors and National Trust members.

We walked along the path towards the hut where you buy your tickets. The boys had already thrown a frisbee over an electric fence into a field of sheep and had tried to retrieve it. Thankfully a kind NT volunteer was able to jump over the fence and gave it back to them.

They had a lovely tea room where we stopped for hot chocolate and Halloween cake. The weather was warm enough to sit in the garden. The kids were telling jokes. The funniest one was Oliver’s:

Where do hamsters live? 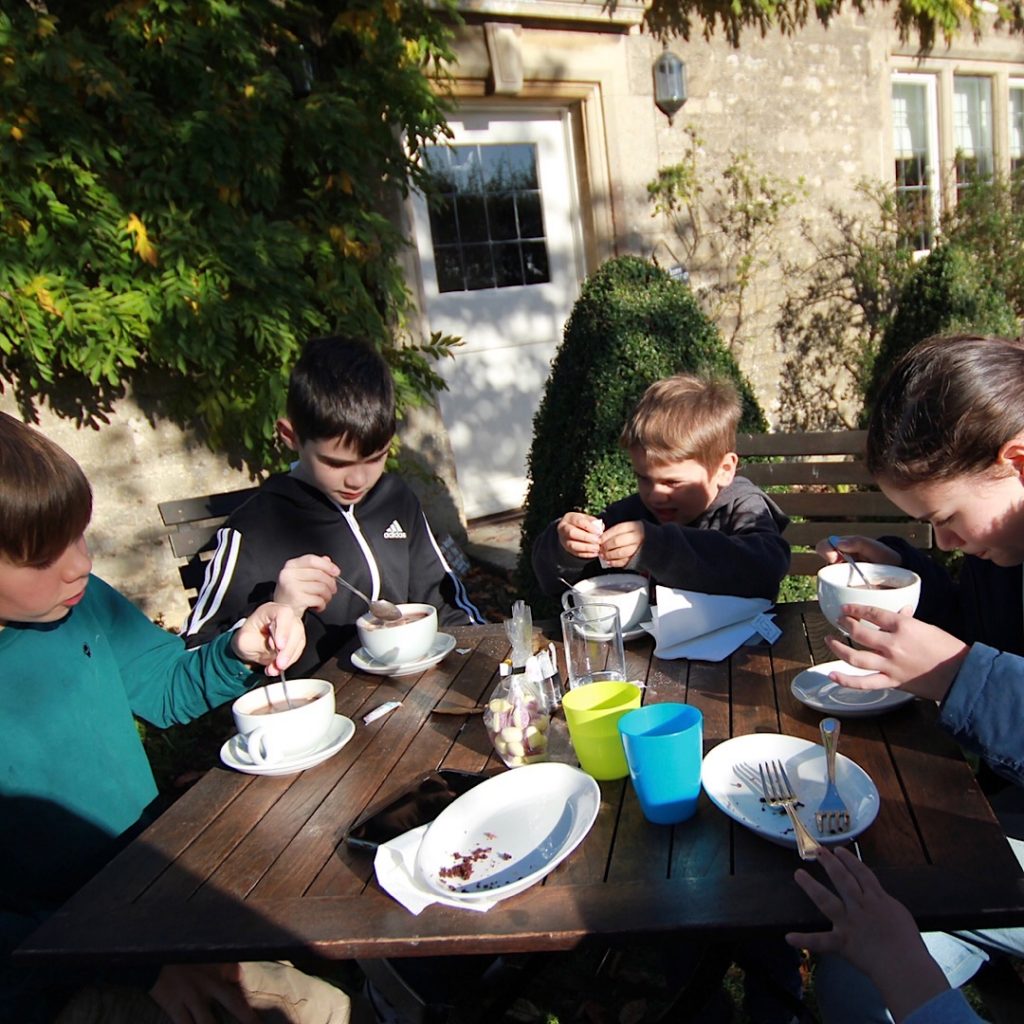 When we had finished our yummy treats, we walked over to the half-constructed building. I let Sam (1) out the pushchair thinking he would run towards it, but he kept trying to run back to the tea room. The older children were great at shepherding (probably the best way to describe it) him in the direction we want him to go.

There is an entrance at the back of the building to the lower floor. The doorway was low and almost hobbit-like. The kids were imagining what the rooms would have been used for, trying to locate what would have been the toilet.  There was some climbing, but not a lot thanks to a recent experience at a park where I had to rescue George (11) from the roof of some play equipment. 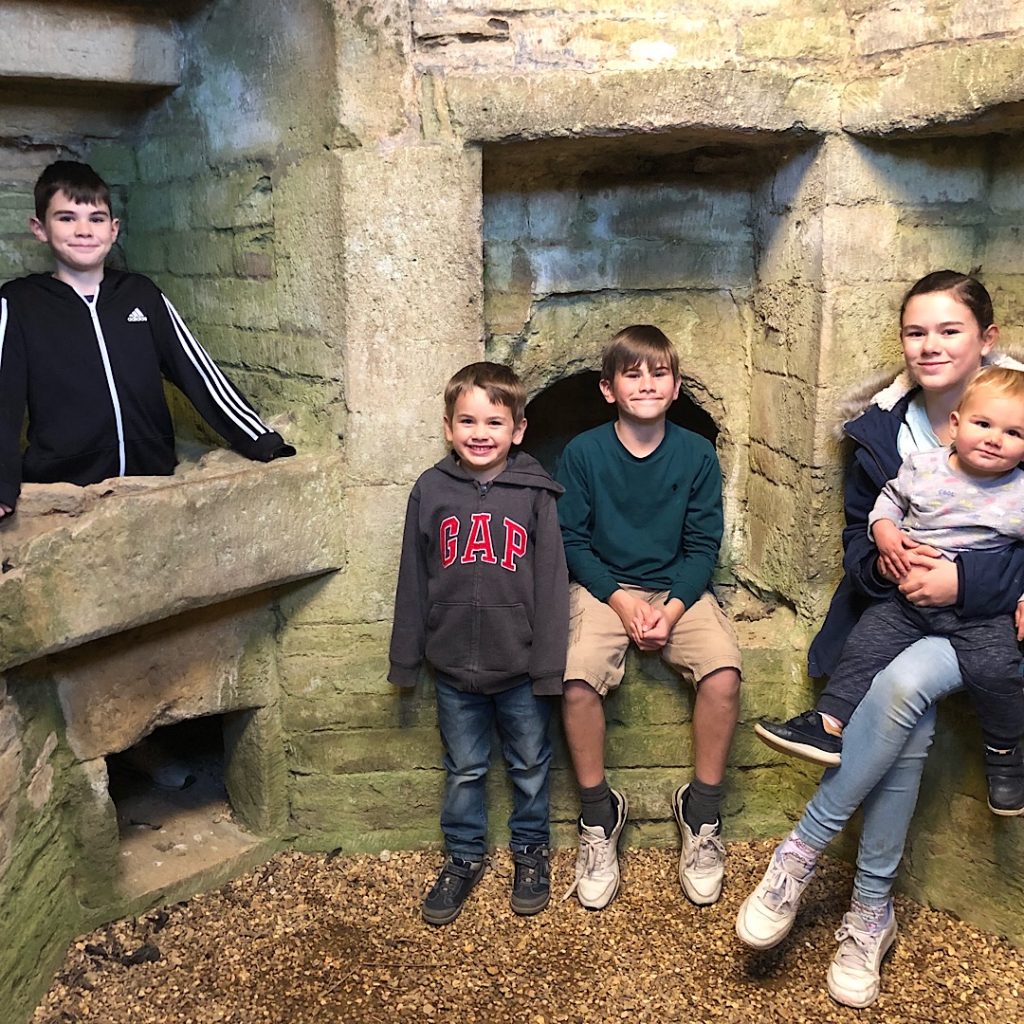 Back outside, George and Isabel (13) were taking it in turns to take photographs. Some of the photos used in this blog post need to be credited to them. We walked over to a large mound surrounded by a moat which was full, unlike the moats which surround the building. I let the kids walk over the bridge and climb the mound without me, and I sat on the grass opposite and watched them play. Oliver kept shouting to me “throw the frisbee to me!” but the moat was wide and there was no way the kids, or any good-willed volunteer was going to jump in to get it back. 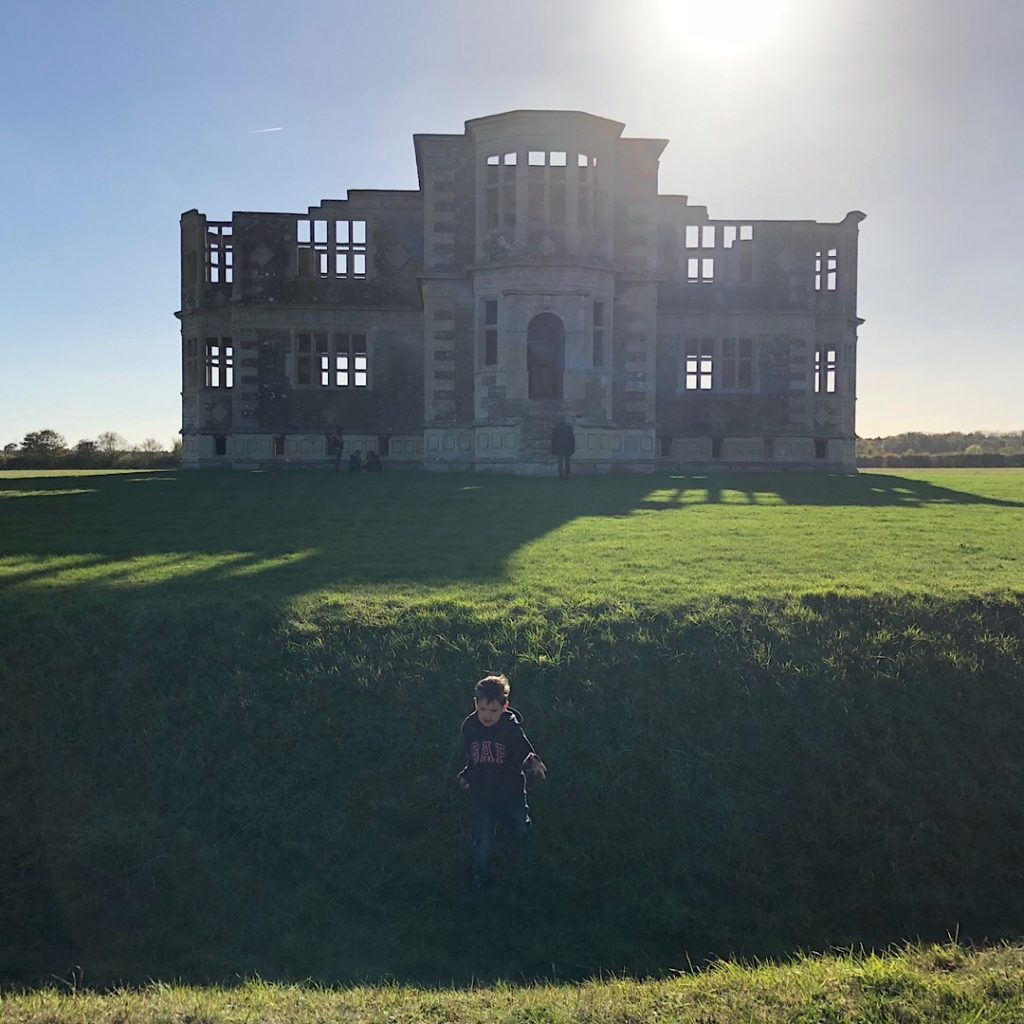 For us Lyveden New Bield was more than “just a ruin”, it was an afternoon of laughter, happiness, and sunshine.

I am excited now that my blog is published, please leave a comment and introduce yourself if you are visiting for the first time!