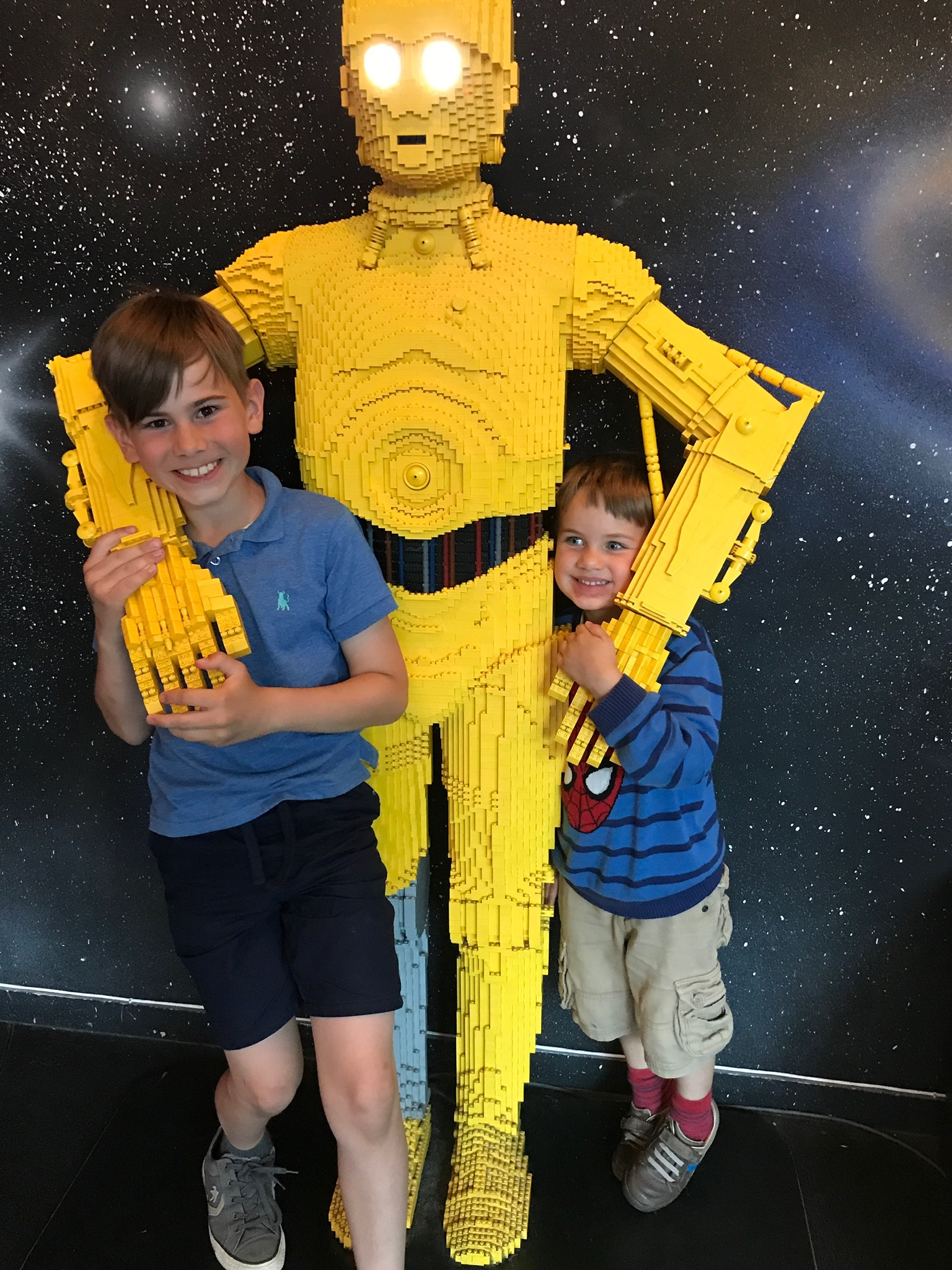 Taking the Kids to Legoland, Windsor

Today we took the children and one of their friends to Legoland, Windsor. That’s 6 children vs 2 adults! Not great ratio for a theme park but we managed to do everything that we wanted to and had a great day.

I always think of Legoland being better for younger children because my 4 year old can go on nearly every ride now. The only one we found that he couldn’t do was the Driving School, which is for age 6+, but they also do a Junior Driving School for the younger children right next to it. The same is for the Dragon and the Dragon’s Apprentice, but we didn’t go on either of those rides this time. The first rides we went to were the children’s favourites from last year which were Sea Storm and Mia’s Riding School.

So how did we manage Legoland Windsor with 6 children and a 12 year age range?  To be honest My husband or I had to stay off the rides the baby couldn’t go on. On some rides we were able to parent swap so we could all enjoy the rides without having to queue twice. It’s getting easier now the older children are tall enough to go on without being accompanied. We also tried to go on as many family rides as possible, like the train which is my 4 year olds’ favourite.

Also, don’t underestimate how much the children want to see the Lego! We walked around Miniland for a while so the children could look at everything and try to identify all the landmarks made out of Lego.

I don’t think it’s possible to see and do everything at Legoland in one day, so we will be back.

If you are thinking of visiting, you can find more information on the Legoland website.