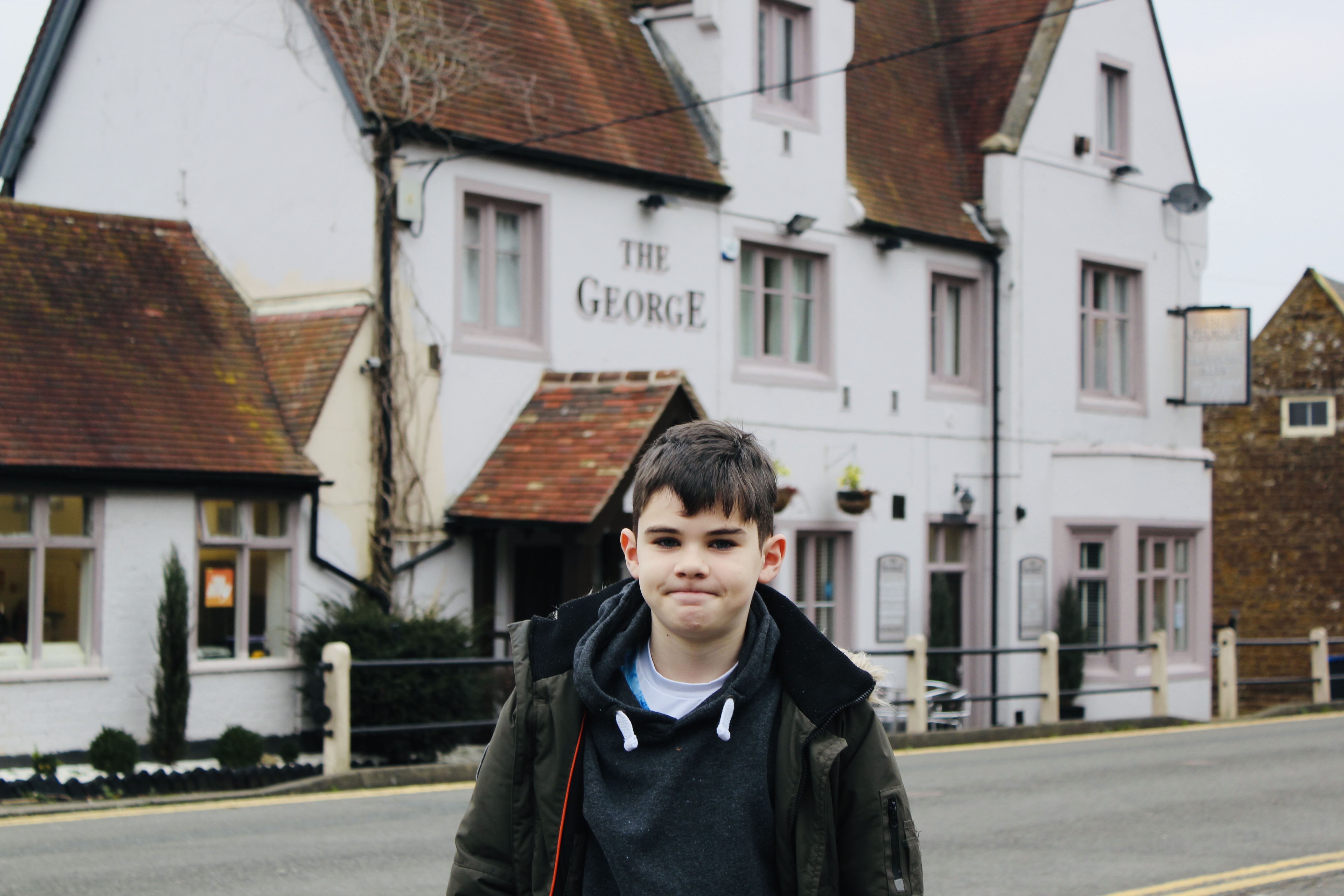 In the early 1800’s Stephen Greaves and Lucy Pickering (my 5th Great Grandparents) were living in Finmere in Oxfordshire. They had 7 children in Finmere: John, Anne, Thomas, Robert, Temperence, Susannah, and Stephen. They arrived in Kilsby and had 2 more children Charles and Charlotte. Either in Finmere or Kilsby, or somewhere along the way, my 4th Great Grandfather James Charles Greaves was born (1812). I found stories online about their years in Finmere, but not much is known about why they went to Kilsby. It is likely that they moved there for work.

Stephen Greaves was a publican when he was living in Finmere. We parked near the pub, which is called “The George”. Can you see how George is humouring me here in this photo?

Today Max and Oliver went back to school, but George and Isabel don’t go back until Monday. They weren’t very happy about their Mum dragging them off to a random village on a photography expedition. I hope that one day they will look back and appreciate today.

The Church at Kilsby

The kids and I spent some time walking around the churchyard of the church where Charles and Charlotte were christened. The children wanted to look for family names on the headstones. I don’t think the family would have lived there long enough to be buried in the churchyard. The church was open this morning and they let us in to look around, and take a few photos.

We don’t do a lot of family history expeditions together with the children, but it was fun. Sometimes I refer to it as “my family”, but it’s their family too. It was lovely to take the children to see the village where our family lived for a short while. I haven’t finished uncovering the history of James Greaves yet, I hope that in the future I can use some of my local knowledge to fill in some gaps.

One thought on “Kilsby Village”