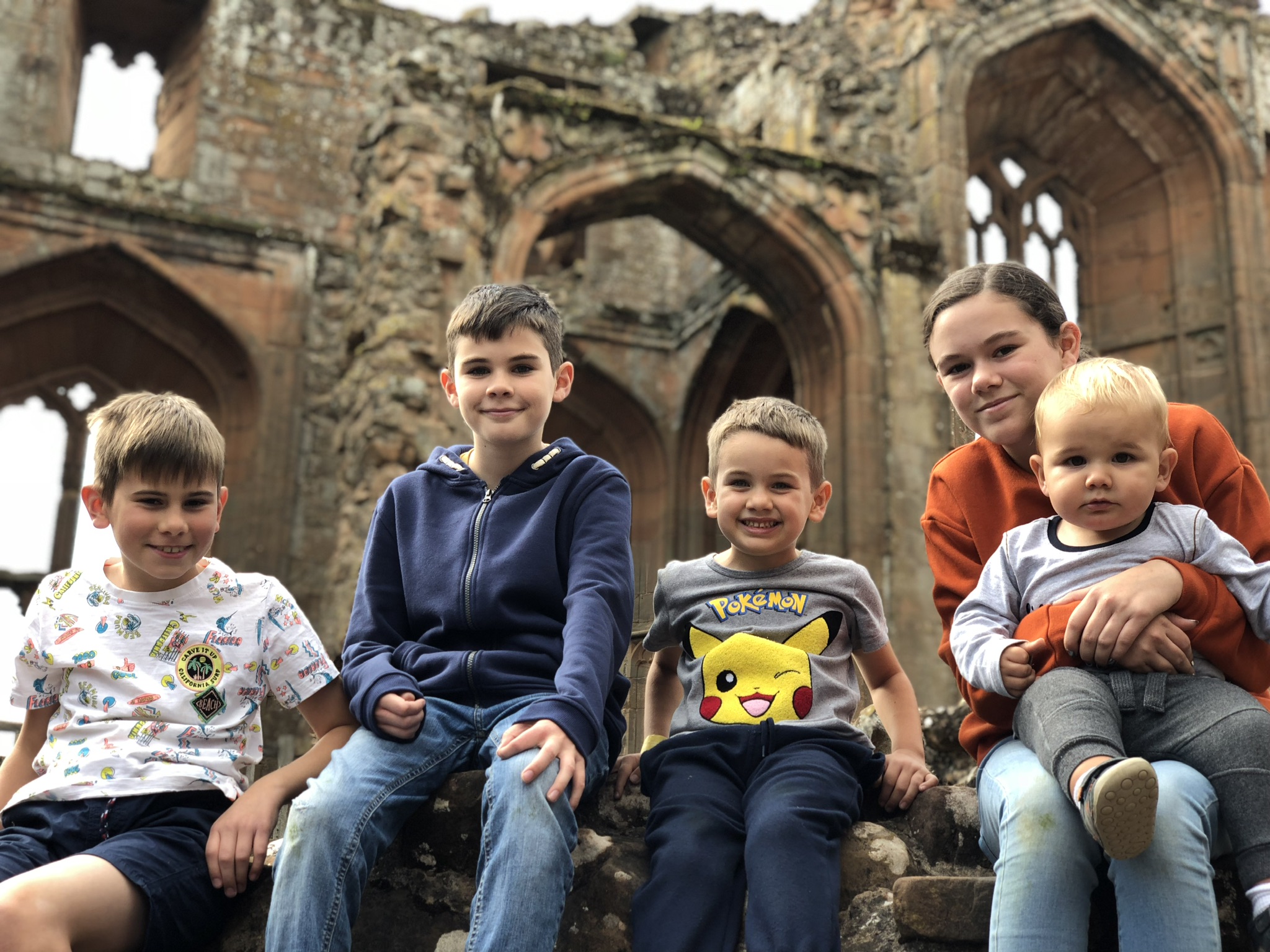 It’s the end of August! I have been quieter on the blog this summer because we have been busier this year with life in general. It is difficult now the older children want to do their own thing; and finding things to do which will suit everybody. So nothing has interesting has happened really. The most momentous thing that happened in the last few weeks is that my beautiful Isabel became a teenager.

This morning Max (5) jumped into bed with me dressed in his school uniform and declared that he was ready to go back to school to see his friends. Believe me, I’m ready for them to go back to school too. So ready. It has reached that point in the holidays where I can’t even remember the last time I vacuumed. Perhaps the easiest way to clean the house is to burn it down and start again. I’m not overly house-proud, I just can’t function in chaos (says the woman who chose to have 5 kids).

Anyway, I asked the kids what they wanted to do today. Max said that he wanted to go to a castle. “Because”… he said (and I quote) he has “never been to one before”. Even though I have photographic evidence than he has in fact been to several (within the last year see Old Inverlochy Castle, Castle Ashby, Bolsover Castle, Stirling Castle, Warwick Castle, Battle Abbey, and Hearst Castle). So I said “you’ve been to loads, you just don’t remember”. Then Oliver (9) piped up “Max, you can’t remember going to a castle?… I can’t remember my whole childhood!!” (I won’t link dump Oliver’s childhood, but it’s nice to know that all the effort we have made wasn’t wasted).

So Max chose to go to a castle, I decided it was going to be Kenilworth – I have just renewed our English Heritage membership, and Kenilworth Castle is on my 2018 Bucket List. We had visited a few years ago, but none of the children can remember going there (especially Oliver apparently!) Photographic evidence:

We left after lunch so I didn’t have to pack all the paraphernalia that comes with picnicking with 5 children. It’s the end of the summer and I’m feeling tired, and drained, especially as the one year old is now into everything. He is at that stage where he is pulling everything out of every cupboards he can reach, and picking the tiniest things off the floor and putting it into his mouth. He is really keeping me on my toes. So the easier the better. Nappy and wipes in the handbag, kids in the car, and off we go!

It was quiet at Kenilworth, and there weren’t many children around for this late in the summer holidays. I let the kids lead the way and I just followed to supervise and keep them safe. I pushed the empty pushchair while Sam held my hand and walked beside me. Sometimes the older children would take Sam’s hand for a few minutes before handing him back to me so they can run off to investigate something new.

I gave the kids freedom to explore while I watched from a distance. This was ok up to the point where one child decided he would scale the wall and walk along it. The other side was a sheer drop of about 3 stories. No fear. When I told him to get down (yes, all the other parents’ eyes were on me – watching to see how I was going to deal with this situation) he tried to scale down again but he was stuck. I was holding the baby’s hand and wearing sandals, so I thought it was unwise for me to go up and help him (although I have had to climb trees to rescue children before). All I could do was to point out the places that were safe to put his feet. Meanwhile… the other two unsupervised boys were doing the same thing on the other walls.

A man was nearby offering for the children to get involved with an activity to learn about how people dressed in the medieval period so after everyone was rescued from the walls I ushered them that way. I didn’t think they would be very interested, but actually they were, and they listened to the man give his demonstration. They asked poignant questions, and at the end they were able to try on a gauntlet and a helmet. Here is George (11) pretending to be Thanos:

The kids had a great day, and everyone was in such a good mood because they had all got to do something that they had loved – photography, climbing, and spending time outdoors.

We all had an ice cream before we headed back home. I love these special days that I get to spend with the children. In between the chaos, the arguments, the chores and everything else that comes with the summer holidays, I am so glad that we went; and it will be my favourite memory of summer 2018.

I wish this post could have been more informative for you, but today I was trying to be Mummy, and not blogger.