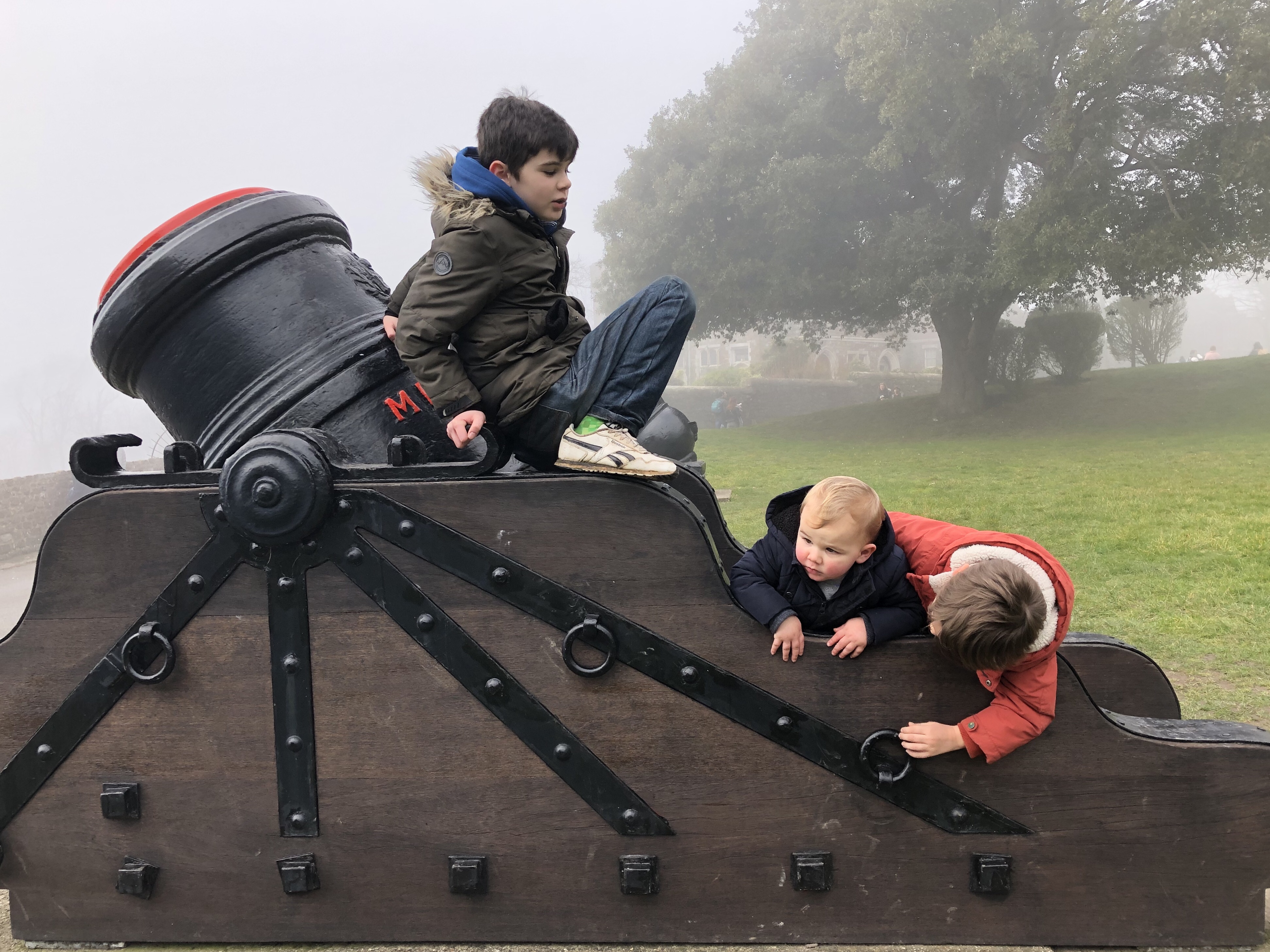 As we were in Kent during half term visiting Grandparents, we decided that we would try to take the children to Dover Castle because neither Ben or I had been before and it’s fun to go somewhere new. We were hoping to combine the visit with a walk along the White Cliffs, but although we were experiencing an unusually warm February, the coast was covered in fog. Unfortunately that meant we couldn’t get a very good look at the castle either. 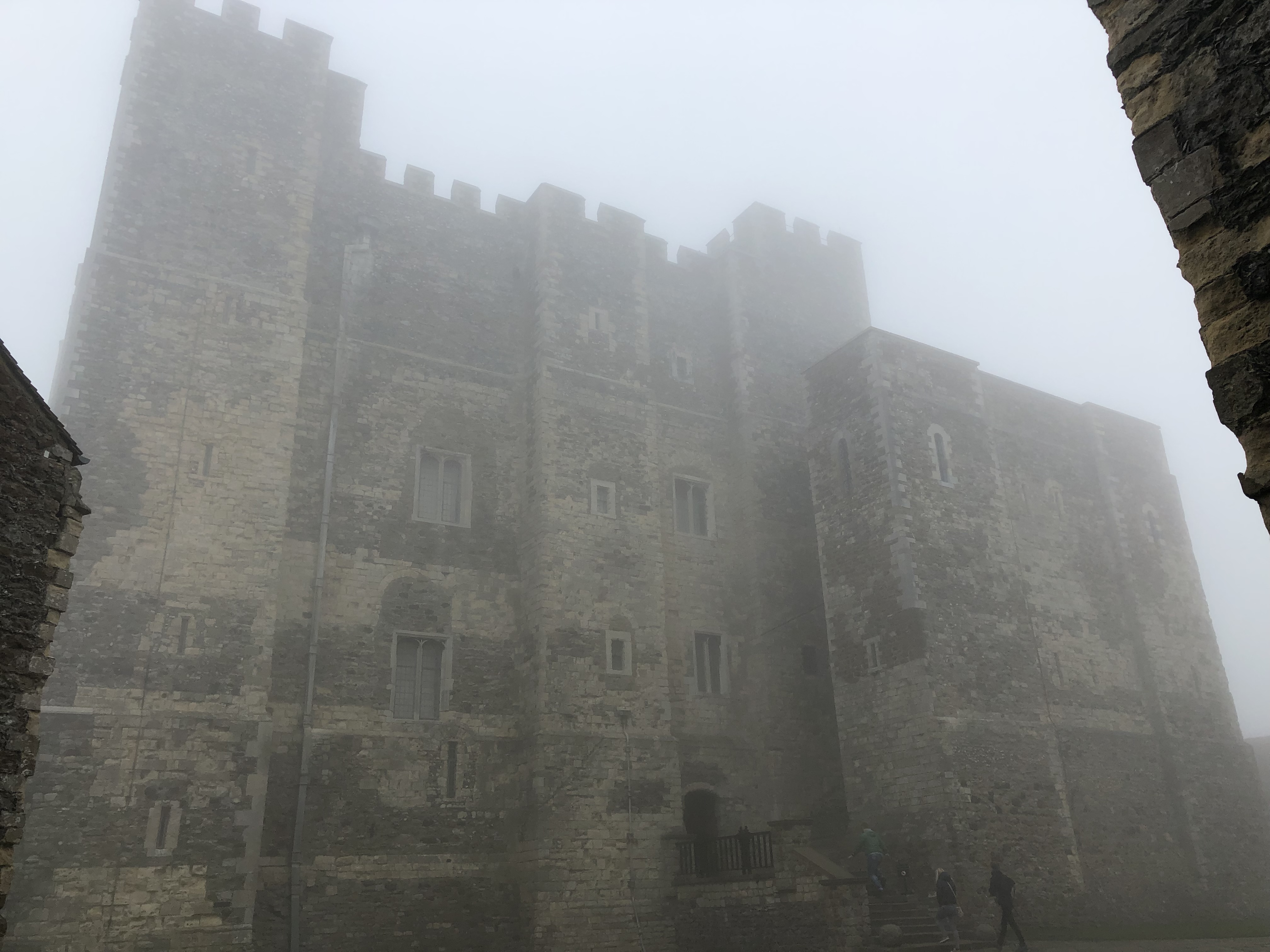 When we arrived it was already busy so we were sent to one of the further car parks which was perfect because it was closer to the castle itself. We got out the car, and we were facing a grass bank. The fog meant that we couldn’t see in any direction (left, right, up??) and we had no clue where the castle was. We followed the crowd towards the visitor’s centre and ticket office. There we were given wristbands to show that we had paid, and we were able to ask for suggestions of where to go next.

The one thing they suggested was to go straight to the Underground Hospital because the queues get really long, and if we leave it until the end of the day then we might not get in. There was already long queue there which was going to take us an hour and a half to get into the Underground Hospital so we decided not to go in. I have no idea what we missed out on, but that would have been a difficult wait with impatient children. 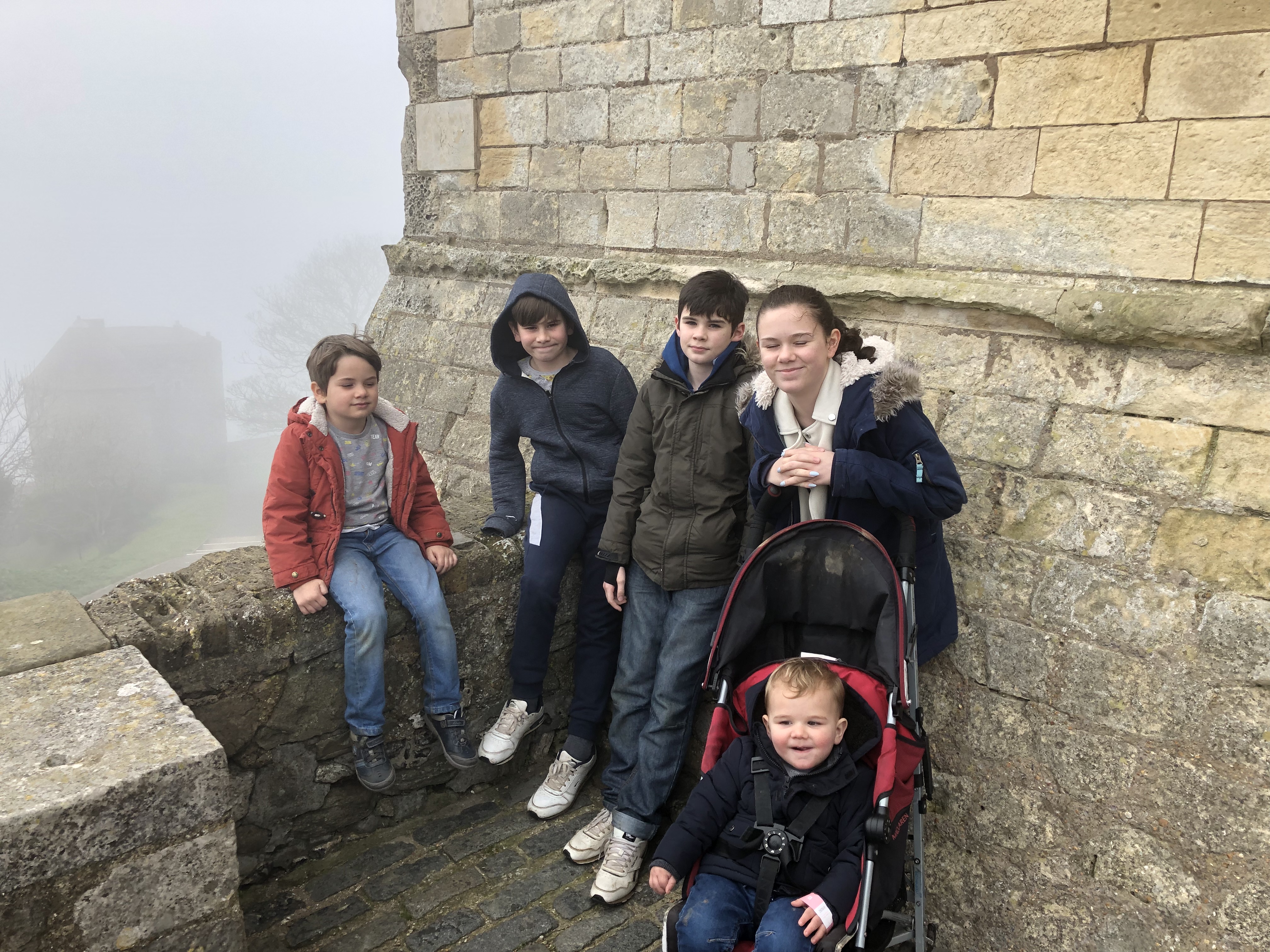 Instead, we took the land train up to the castle (it is very hilly!) and we found our way to the Medieval Tunnels which were practically empty. The tunnels date back to 1216, and run underneath the castle. We let the kids lead the way along the winding tunnels. At one point Oliver (10) stopped and decided I should lead the way for a while because I am always last to discover something new. He doesn’t realise that I am always last because that way I can see where they all are! 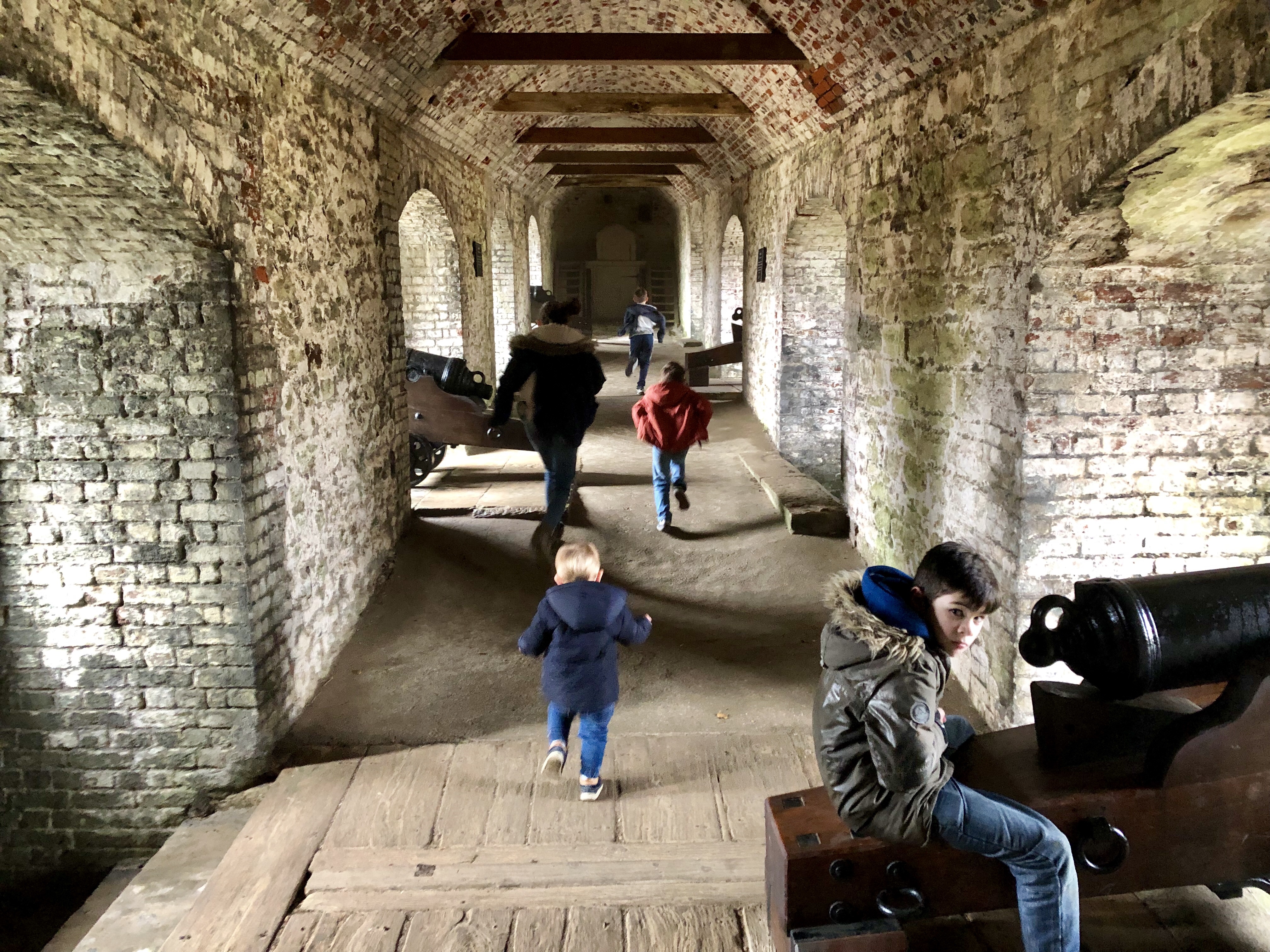 When we got out of the tunnels we found a path that took us towards the main section of the castle. I took Sam (21mo) out the pushchair so we could all walk up the steps to the Great Tower together as a family. He did really well at climbing the spiral stone staircase almost to the top, and every time we would fall behind the others I would pick him up and carry him a little way. The older children got to the top before us, and they were already able to point out the side with the best view. I don’t like heights particularly, and the sheer drop the other side, but the kids are fearless so I don’t like to stay up there too long. 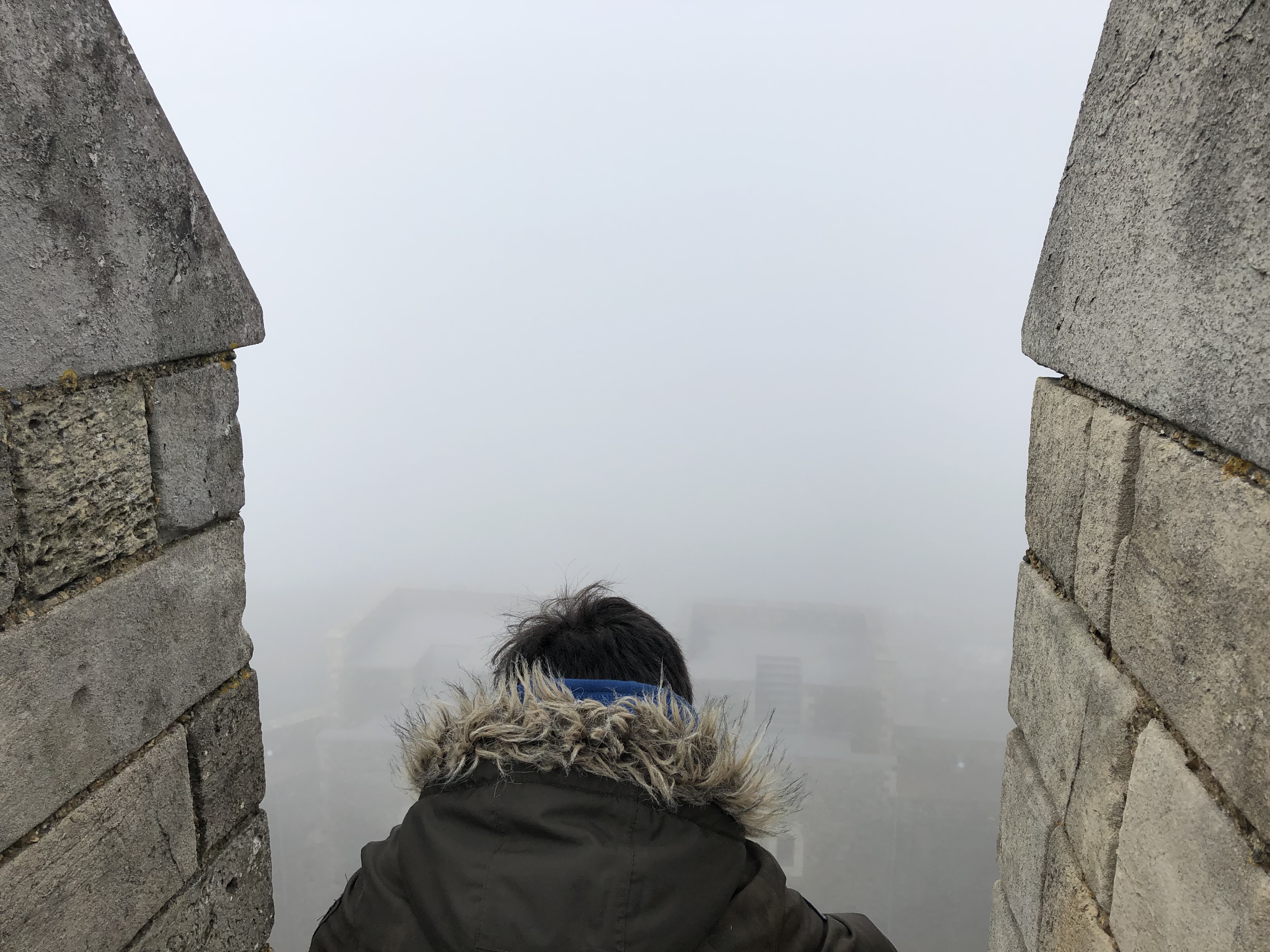 On the way back down Ben and the older children nipped in and out of rooms in the tower, while Sam and I took our time navigating the steps back down. 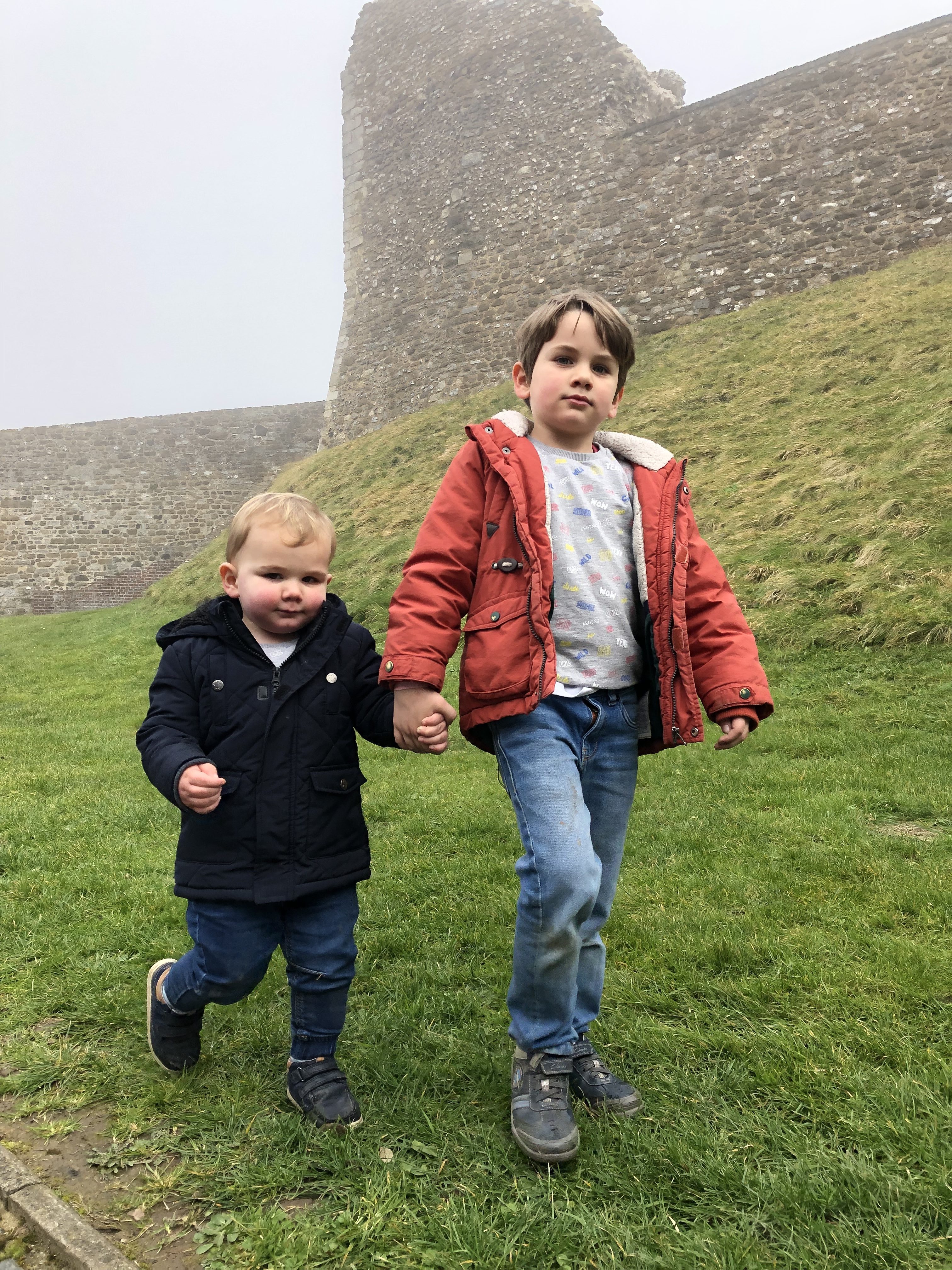 We continued to walk around and enjoy the time with the kids. The kids still love climbing and exploring (even when they’re not supposed to!) but Dover Castle had a few opportunities for them to be a little more adventurous. They particularly loved the cannons, tunnels, and the steep banks surrounding the castle. My kids can be really easy to please sometimes!! 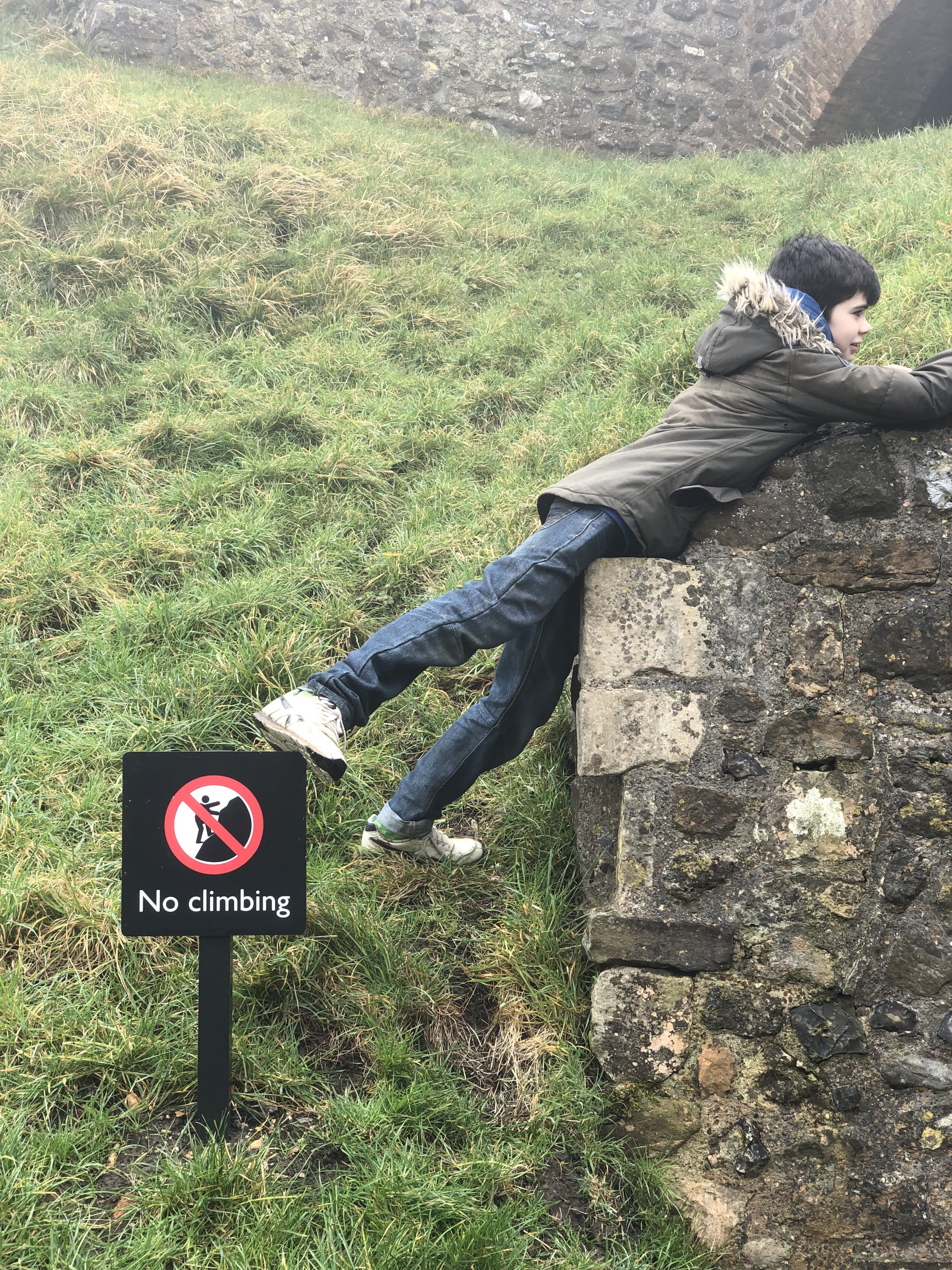 We had a very enjoyable morning at Dover Castle. Have you ever been? Tell us about it in a comment below. 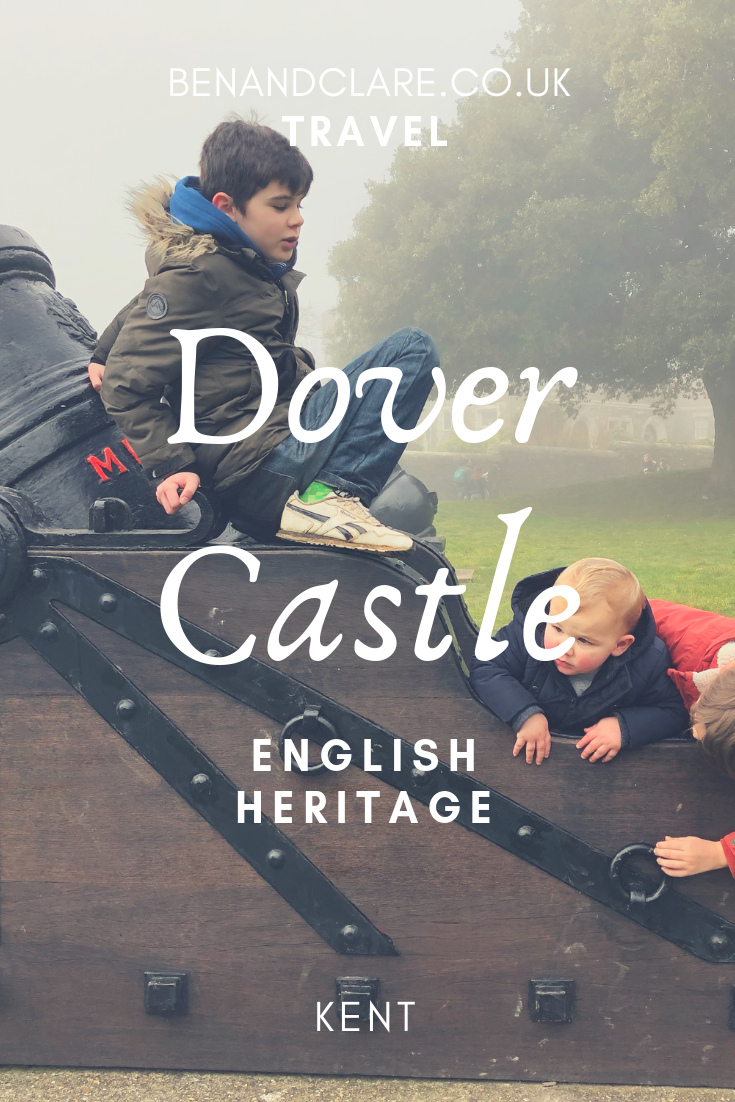 One thought on “Dover Castle, Kent”