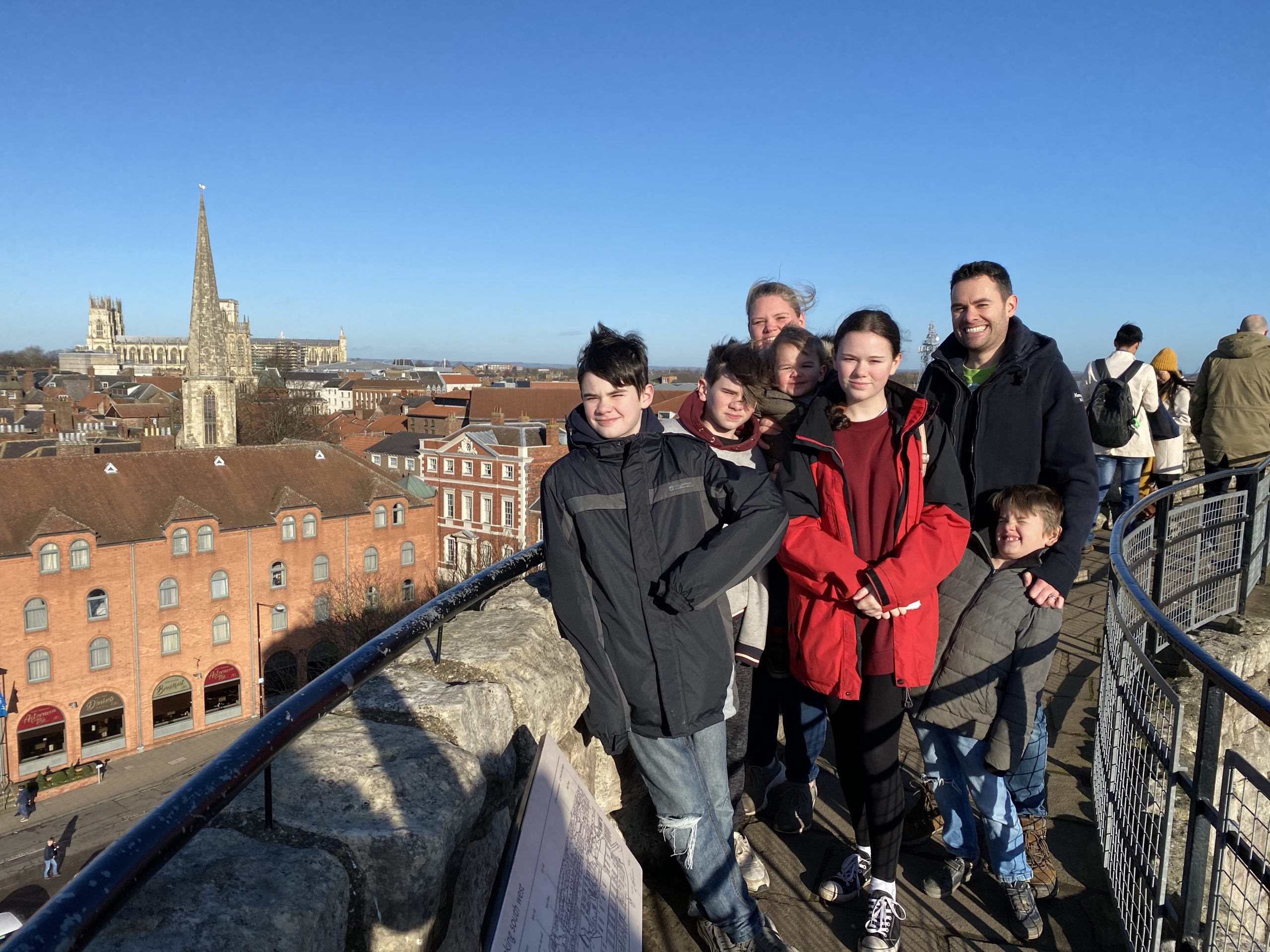 I absolutely love York. It’s so historic, and charming. We have been to York a few times on weekend breaks, but now we live so close it’s perfect day-trip distance. Hooray!

Something we have been having difficulty with recently is having enough energy to go out for the day, with a toddler, and having to persuade the older children to want to come too! I had no idea that it would be more difficult getting out the door with teenagers than it is with toddlers. Today we were successful, we gave the kids their pocket money, promised them food, and then drove to York with no particular plan.

There is parking at the Castle museum which is next to Clifford’s Tower. We thought that for fun we would just walk up the steps and admire the view without paying the admission. Then, because actually we are English Heritage members (which Ben had forgotten!) we ended up going inside.

Clifford’s Tower is all that is left of York Castle. It is not a very big tower, you walk in to a roundel surrounded by the walls of the tower. Then there are steps that go up so you can walk along the ramparts and then come down again.

From the top of the tower you have excellent views of the city of York, including York Minster.

We weren’t there for very long, I would probably guess about 20 minutes. I still have children who want to climb to see over walls which is terrifying. From here we walked into the city, explored the streets, the shops, and ate loads of delicious food. One thing I wanted to try was a Yorkshire Pudding Wrap, which was very yummy.

We enjoyed Clifford’s Tower, and exploring York. We are really looking forward to more day trips there in the future!