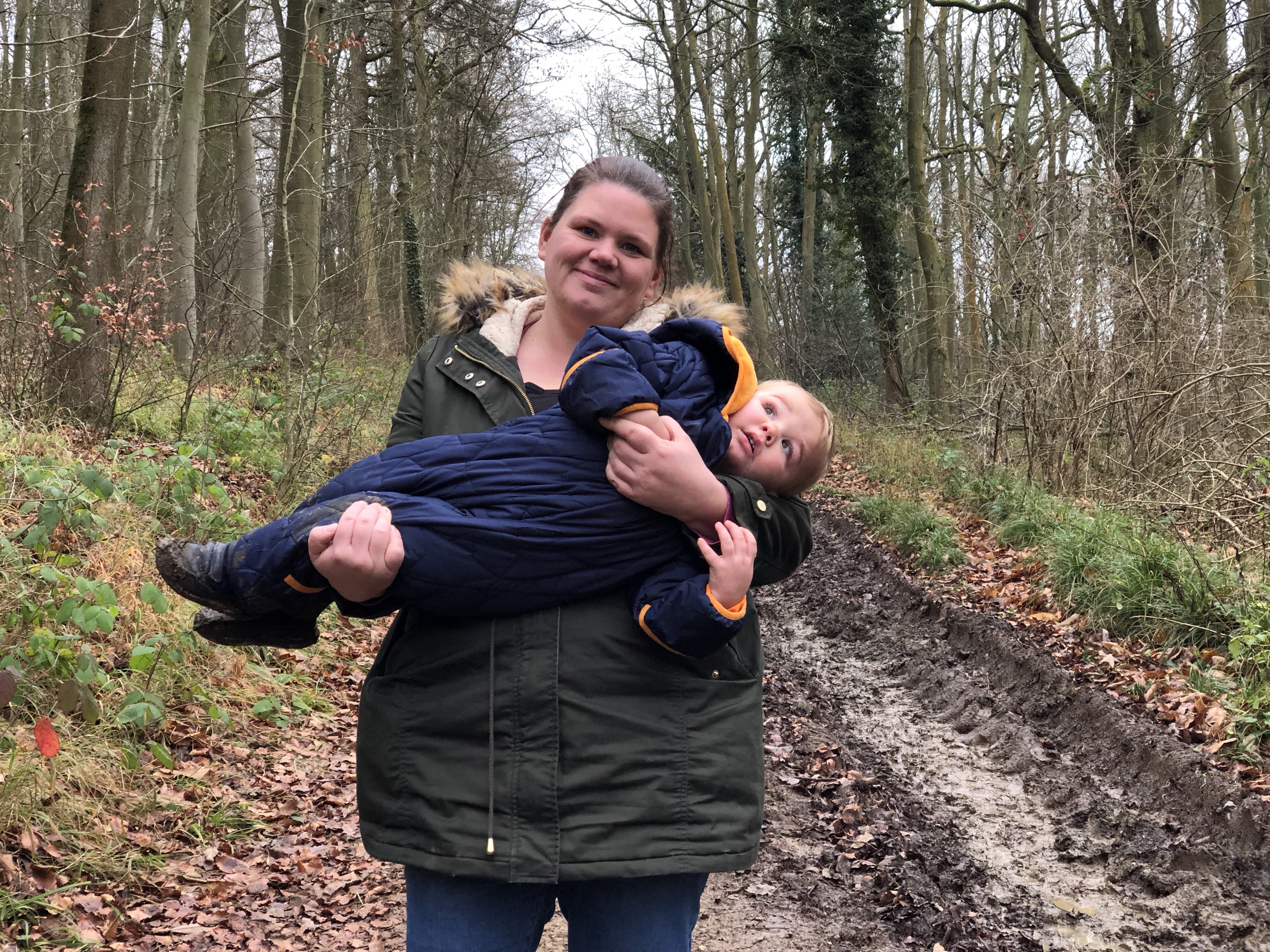 We really needed to get out today. I still have no idea what day of the week it is, neither do I particularly care right now, but I know that in a few days we need to be back into something resembling a routine.

I was in an exploring kind of mood, so we wanted to find somewhere we hadn’t been in Northamptonshire where we live.

Family Walk in The Woods

We decided to go to Badby Woods in Badby near Daventry. It is part of the Fawsley Estate, although people and dogs are welcome to walk there. There is a small, free car park near the road leading into Badby with a space for about 12 cars. We parked the car, and walked up the pathway towards the entrance to the woods. Sam (1) fell over and now has a little graze on his nose, but everyone else was in good spirits. I think we were all overdue some fresh air and exercise.

There is a historic gateway at the entrance to the woods. Probably one of the entrances to the Fawsley estate before it was vacated during WWI.

We saw on our OS map that there we would reach some ruins if we followed the straight path that runs through the woods.

The woods was not pushchair friendly. We don’t have a sling anymore because he is a chunky 20 month old so Sam had to walk. The only thing he wanted to do was stand in mud. No walking, just standing. He also refused to hold hands. As this was meant to be an easy, gentle walk I suggested to Ben that he take the older children and walk ahead while we do our best to keep up.

We continued slowly, getting muddier along the way. Just as we were approaching the other side of the woods, Ben and the kids appeared (well, I heard them long before I saw them!).

The more-able group had found the remains of Dower House, a former hunting lodge that was built in the 16th century.

Ben and I took it in turns to carry Sam back to the car. He was covered in mud because I had decided to stop fussing and just let him get muddy if that’s what he wanted. #YOLO, right?

Apparently Badby Woods are famous for their bluebells so it will be worth returning in a few months!

I hope you have had a good day whatever you have been up to today, whatever day it is?!